This year marks the 50th anniversary of ELLINIKI ETAIRIA – Society for the Environment and Cultural Heritage (ELLET), the national representation of Europa Nostra in Greece. This milestone was celebrated on February 16 at the historical premises of ELLET in Plaka, Athens, with the presentation of their publication Golden Jubilee ‘Ευάλωτη Γη / Fragile Earth‘. This special event had the participation of our Secretary General, Sneska Quaedvlieg-Mihailovicand the manager of our Brussels office, jimmy jamaras well as other representatives of the Greek and foreign cultural and heritage world.

Χρόνια Πολλά @sepiellet! Our national representative in Greece celebrated its 50th anniversary with the presentation of its anniversary publication “Fragile Earth”. Our SG @SneskaFR & @JimmyJamar extended 50 as a symbolic gift for each year of hard work and dedication to #cultural heritage. pic.twitter.com/3plxikIxN6

Since 1972, ELLET has been continuously working with deep love and respect for the environment and cultural heritage, considering them as two sides of the same coin. The new bilingual publication “Ευάλωτη Γη / Fragile Earth” clearly highlights this aspect of their work. “…ELLET’s work and overall contribution over these 50 years of activity is certainly impressive, extending to both aspects of environmental protection – natural and man-made,reads the opening message of the publication signed by HE the President of the Hellenic Republic Katerina Sakellaropoulou.

During the celebratory event, Co-Founder and President of ELLET, Ms. Lydia Carrasand its vice-president, Mr. Costas Stamatopoulos, presented some of the milestones of ELLET featured in the publication: the safeguarding of Plaka and its work on heritage settlements; major restorations in Greece and abroad; actions for the protection of the landscapes of Delphi and Marathon; the ongoing struggle for the rescue and restoration of the Tatoi Estate; renewable energy and land development projects; and climate change adaptation projects, among others. Environmental education, awareness and sustainable development programs, such as the “Sustainable Greek School” and the Greek Culture Trailswinner of a European Heritage Award / Europa Nostra Award in 2019, were also mentioned.

Sir. Themis Vokosmember of ELLET and sponsor of the publication, underlined that today, more than ever, the work of ELLET is necessary to ensure a better future for future generations. 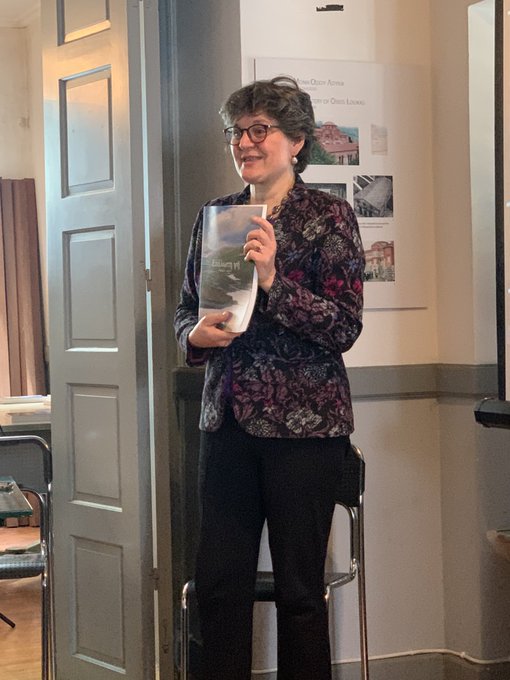 Secretary General of Europa Nostra Sneska Quaedvlieg-Mihailovic emphasized the “tireless, competent, passionate and generous dedication to the safeguarding of Greece’s unique cultural and natural heritage, which is of such fundamental value to the past, present and future of our Europe,” and pays tribute to the co-founder of ELLET Mr. Costa Carras. 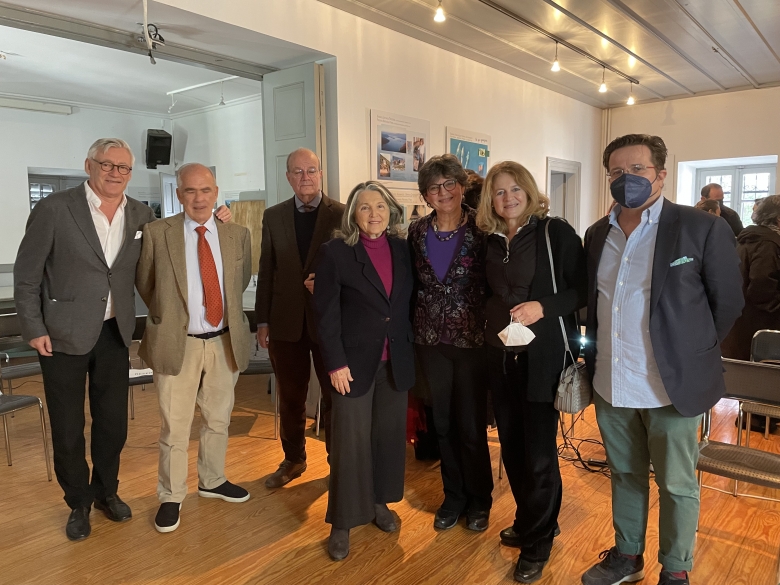 ELLINIKI ETAIRIA – Society for the Environment and Cultural Heritage (ELLET) has been a member organization of Europa Nostra since 1996 and in 2012 it became our national representation in Greece. Over the years, Europa Nostra and ELLET have worked hand in hand for the enhancement and protection of cultural heritage in Greece and Europe through joint campaigns, including more recently the call to save the antiquities of Venizelos in Thessaloniki. ELLET has also successfully implemented and submitted many projects that have received European Heritage Award / Europa Nostra Awardwhile naming many endangered heritage sites for the 7 Most Threatened Programs. With the support of ELLET, Europa Nostra organized its 50th anniversary Congress in Athens in 2013, including a memorable award ceremony bringing together 4,000 people from all over Europe at the Odeon of Herodes Atticus, at the foot of the ‘Acropolis.

The bilingual publication (English and Greek)’Ευάλωτη Γη / Fragile Earth‘ is available for sale in various central bookstores in Athens and Thessaloniki, Greece. Every purchase will support the work of ELLET. For more information, please contact [email protected] 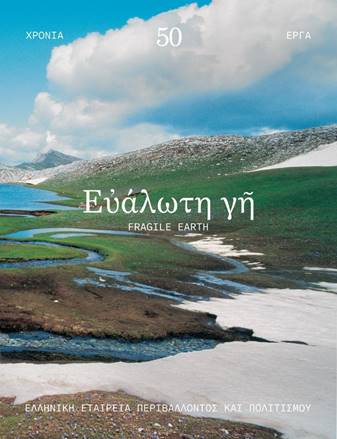